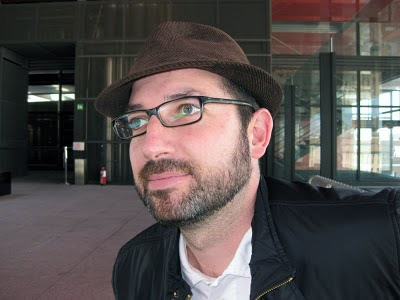 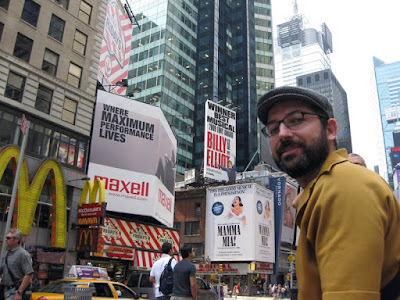 2. What do you remember about your student years? How do you look back on this time?
The five years I spent living and studying at the University of Santa Cruz was perhaps the best time of my life. It was the first time I had the opportunity to live on my own and I met a lot of new and interesting people who are still some of my best friends.

3. How and when did you start giving classes?
In 1998 I came to Spain to begin a three summer Master’s abroad program in Spanish in Burgos. I fell in love with Spain and decided that at some point in the future I wanted to live here. In the summer of 1999 I returned to Spain to look for work and ended up finding a job teaching English in Madrid. While I hadn’t had any previous experience teaching English, I always knew I wanted to work in academia. I had worked for many years in various departments at the University of California, Davis and also had taught at the Montessori School in Woodland, California, my hometown.

4. What do you do in Academia de inglés Paraninfo?
I teach all levels of English, including, individual and group classes, conversation and business English as well as First Certificate, Advanced and Proficiency test preparation. I also have a few company classes.

5. Apart from English, what other languages do you speak? Which would you like to perfect?
I’m still trying to perfect my Spanish although I still have a long way to go!

6. What is the best thing about you? What are your virtues?
That’s a difficult question. I would say I’m friendly, easy-going, reliable, and have a good sense of humor.

7. What defines you as a teacher? What is your way of giving classes?
I try to make the classes as fun and interesting as posible while focusing on conversation. From my experience I have found that most of my students have spent years studying grammar at school, yet they still have a lot of difficulty speaking English. Students need to get over their fear of speaking and I try to create a relaxed atmosphere, where students feel confortable to communicate with one another.

8. What do you enjoy most about your work?
I really enjoy meeting new people and teaching has given me the opportunity to meet people from many different countries and backgrounds.

9. Has anything special ever happened in your classes, some anecdote that you recall?
A few summers ago I had the opportunity to teach English at the Monestery in El Escorial. I had a young group of 8-year old students who performed a choreographed dance routine to Shakira’s Hips Don’t Lie at the end of the summer recital!

10. Has there been a student that has left his or her mark on you that for some reasons you have not forgotten?
All of my students have left their mark on me in some way. This past year I had a student who was a single mother who worked the nightshift and she would make it to class every morning at 10am after only having slept one or two hours. Talk about determination!
en 16:20